Can you believe that two months has gone by since the first project update? And what a hectic two months it has been. Progress on paper, progress on site, two kids birthday’s and one European sojourn later and I am ready for a sleep in this weekend! I guess nothing inspires progress like paying rent in addition to a mortgage #kiddingnotkidding 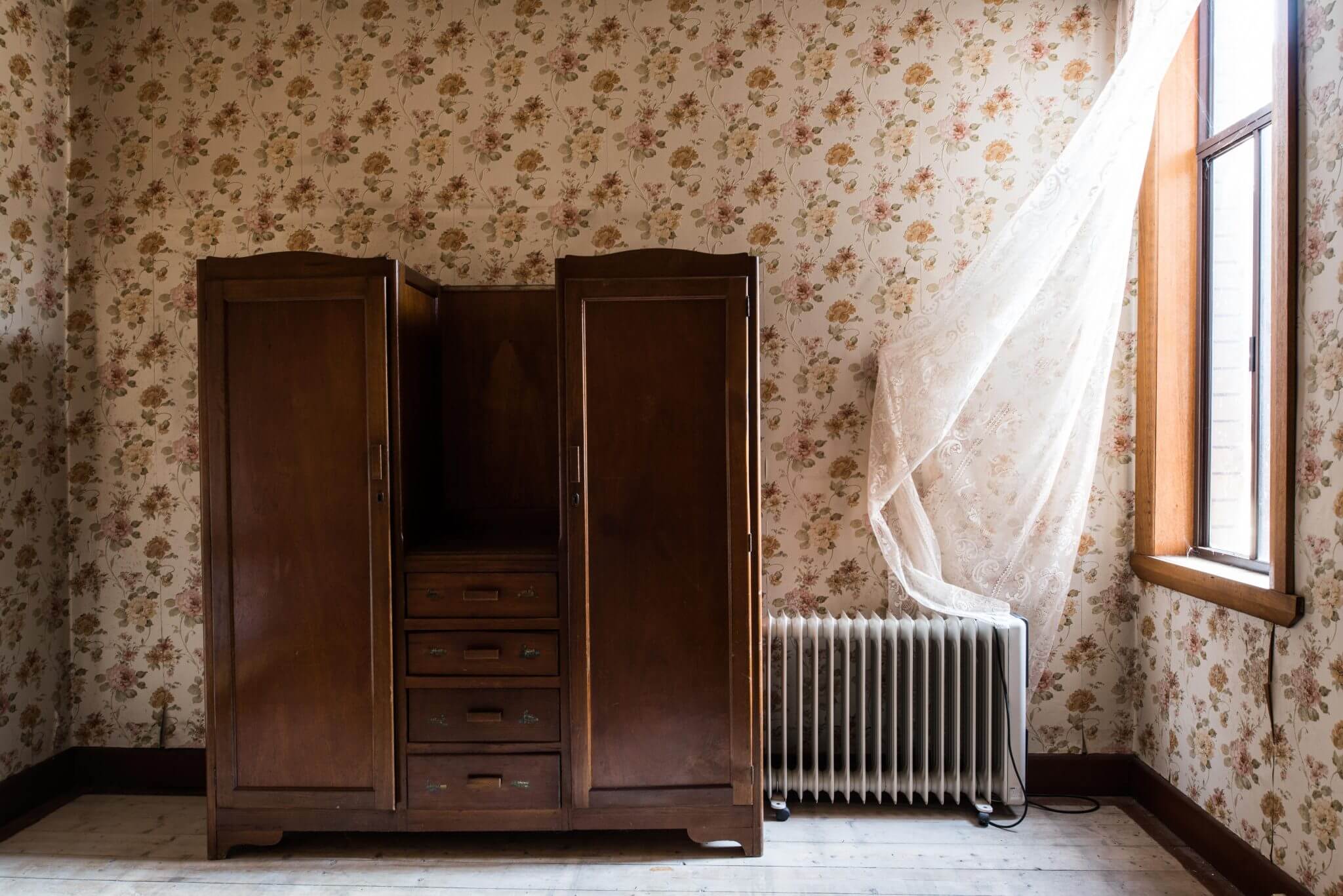 This will become the ensuite. Before demo. 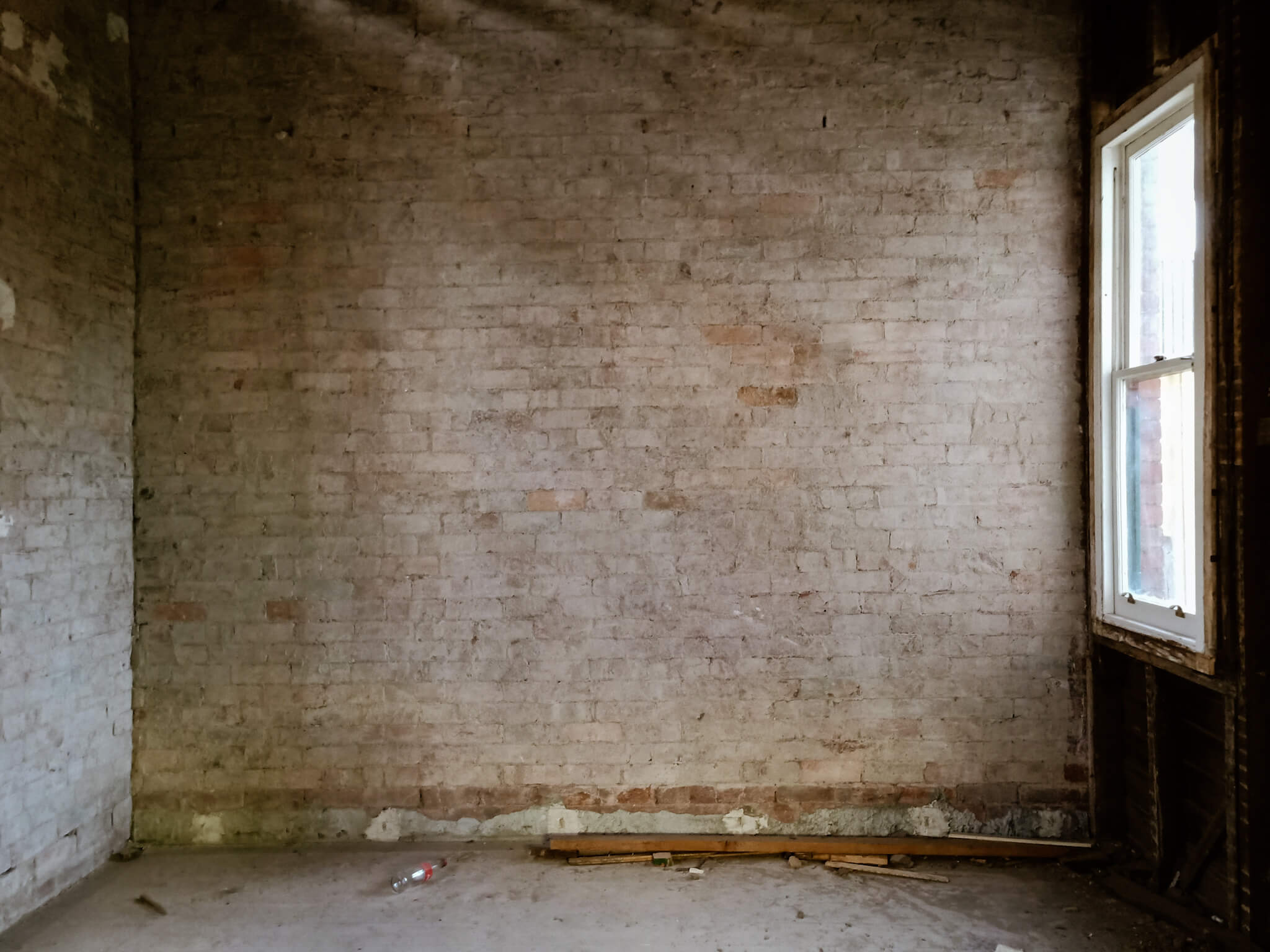 After demo… a blank canvas!

I must confess that I’m not a huge fan of paperwork, but I’ve accepted that it comes with the turf of being an owner builder. With great savings, comes great responsibility! Thankfully, Rebeka and Kribashni set me up very nicely with a fully templated filing system. The last house took 12 months to plan and another 12 to build, and by the end of it I was completely submerged in a haze of version control chaos! So, it would be an understatement to say I’m relieved that from the outset of this project I had access to a plug-and-play model. I mean, there’s a spot for everything. Permits, reports, specifications, schedules, consents, dispensations, plans, quotes, budgets, the list goes on. It’s truly a thing of beauty and something Marie Kondo herself would be proud of! And it’s filling up pretty quickly. Over the course of two months I gained my owner builder consent from the VBA and obtained the soil test report from the geotechnical engineer which has now been sent onto the house and pool engineering teams. In terms of the design, the architect has worked through not one … not two … but three sets of plan alterations with me. I’m happy to report that last week, the most recent set of architectural drawings were sent to my building surveyor to perform a regulatory assessment of compliance based on the design thus far. Shut the front door! #buildhermoment 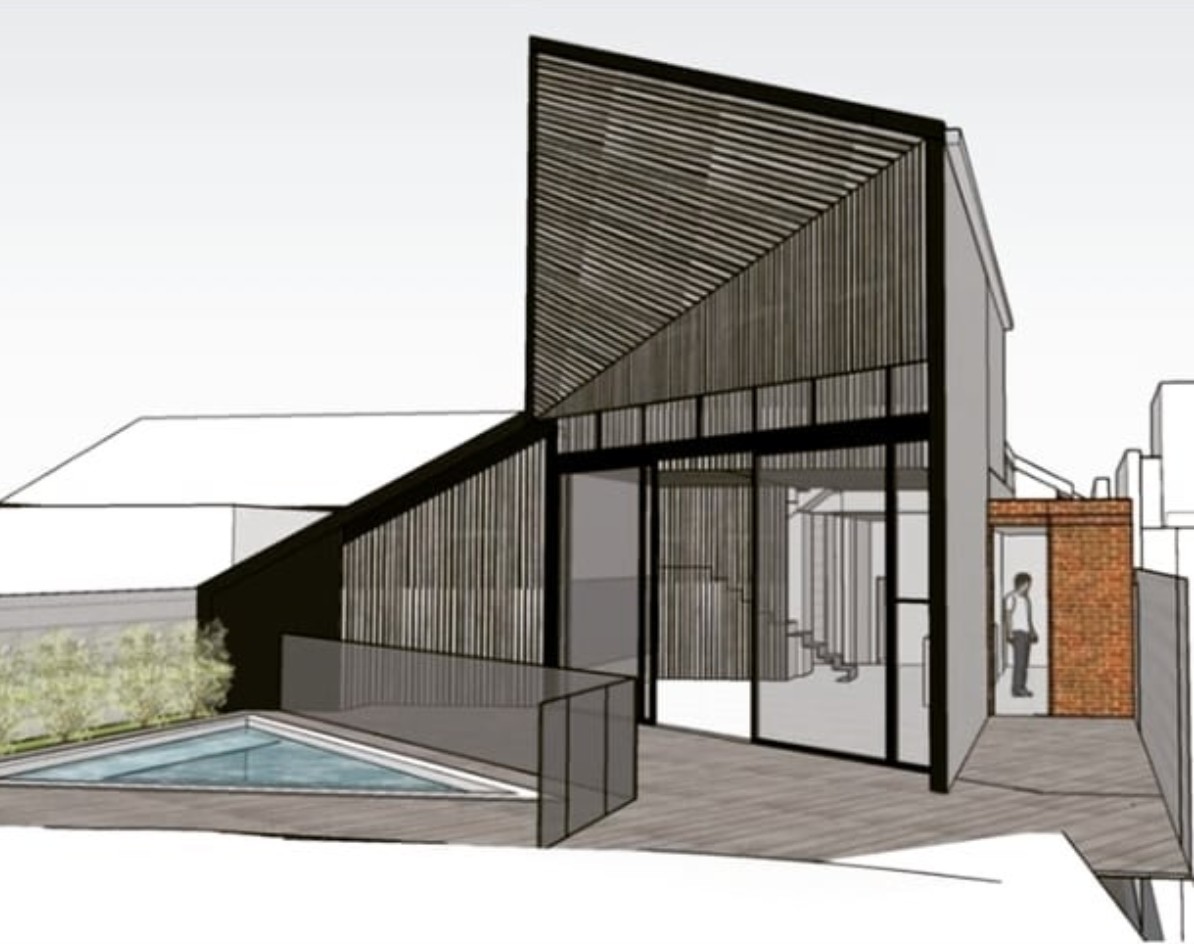 So exciting. Just one render telling only part of the story.

On site progress has been equally exciting. Whoever said you should never work backwards clearly never built in Northcote, because backwards is the only way forwards in the inner suburbs. And by that, I mean site access can be a real issue if you want to do just about anything in the backyard after building an extension. Even more so if you want to build boundary to boundary (sounds greedy now, but this open plan living will take your breath away). Saying that, the pool will to be constructed before the house (thank you Rebeka, you’ve spared me tears over settling for a fibreglass pool when my heart was set on concrete, not to mention crane fees!). After many hours researching and calling (some would say pestering) local timber and salvage yards, I have managed to source timber windows to replace each and every nasty 80’s aluminium frame I could find in the house. I even found a matching pair for the façade! I am also happy to say that temporary power has been installed, so we are ready for some serious power tool action. I’ve even had a Haymes colour consultant and interior designer out to site to envisage some of the colours with me so we can put some of the California back in this once beautiful Bungalow. 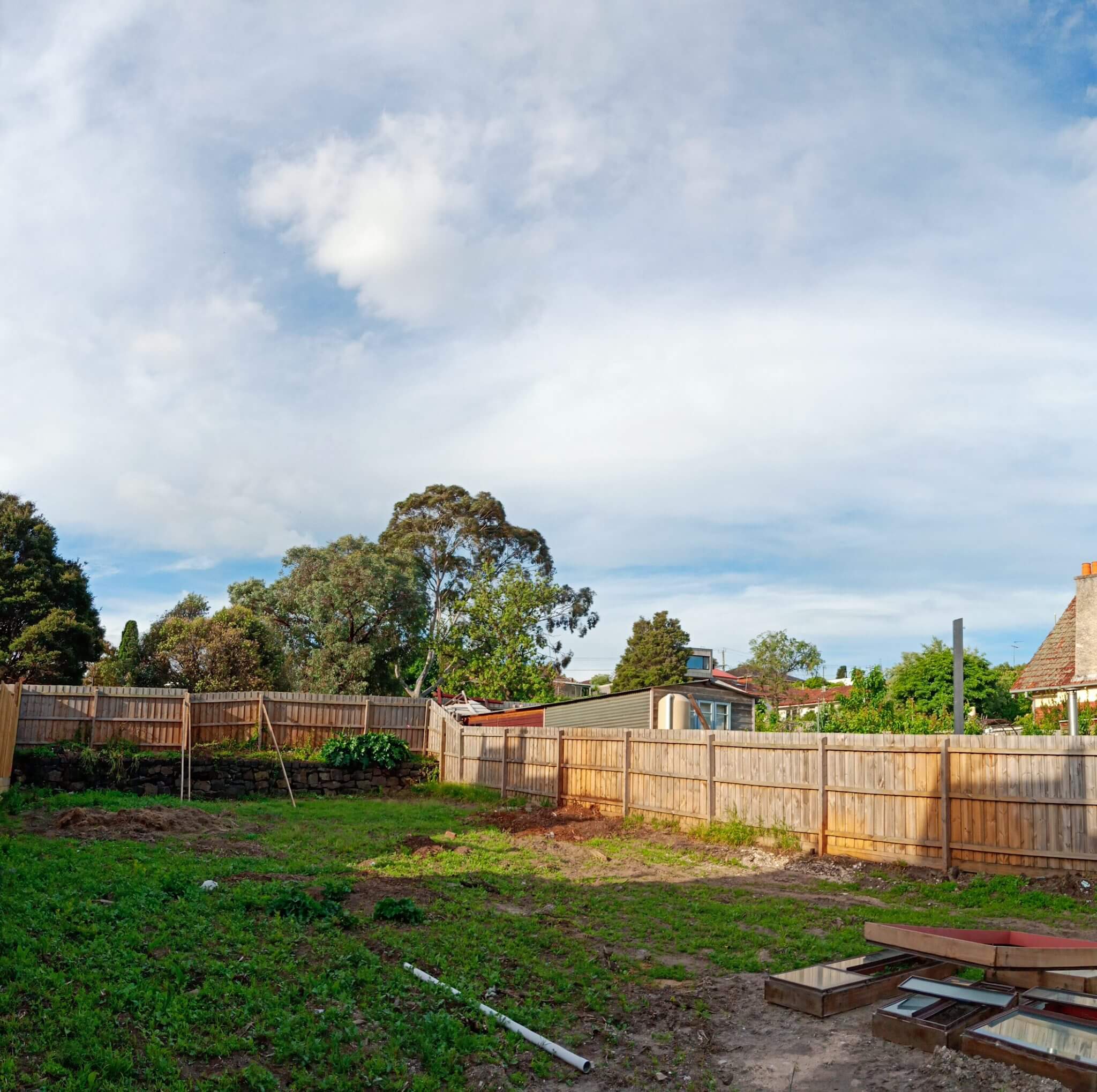 The current yard which will be the view from the living. 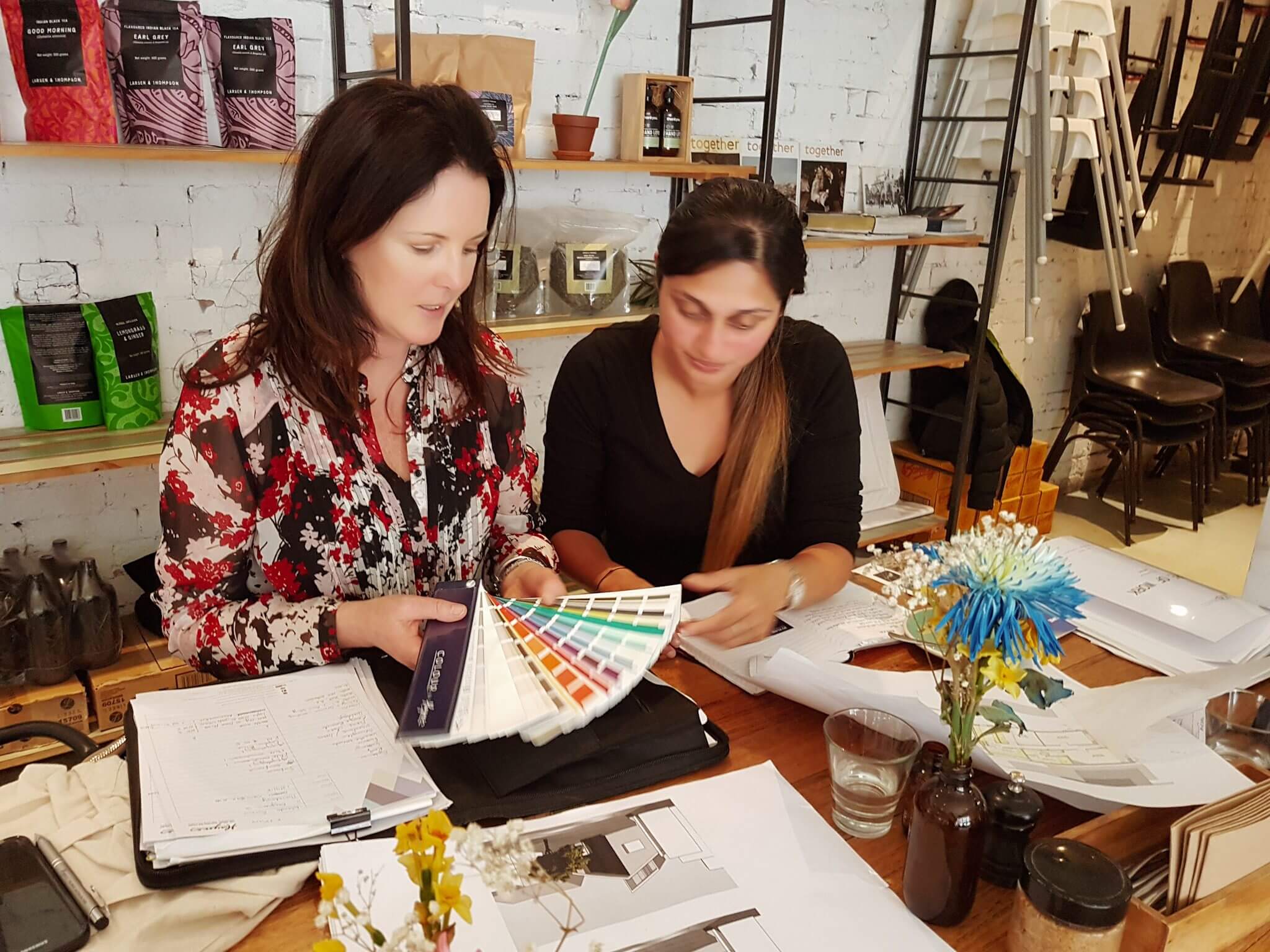 And finally, the team have agreed on a name for this house. I mean, it’s only fair that in her 100th year that we should be able to sing Happy Birthday, right? Well in true architectural style, three elements were rotated on their axes to create the features and spaces that will be the extension. The roof and the open plan living by my architect, and the pool proudly brought to you by Buildher Collective during a very productive masterclass session. Welcome to the family #AxisHouse 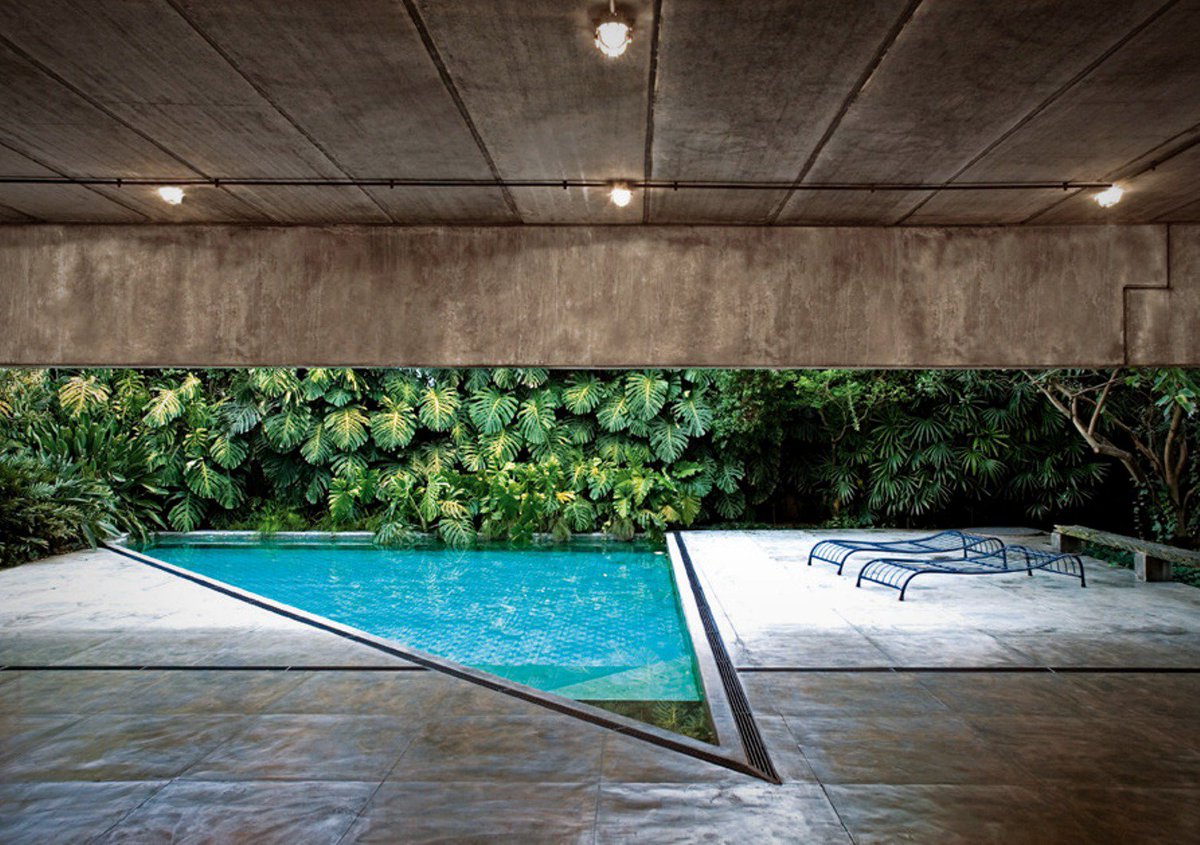 My tips this time around

GET OUR RENO ROADMAP

Manage your renovation faster and easier with our detailed guide.